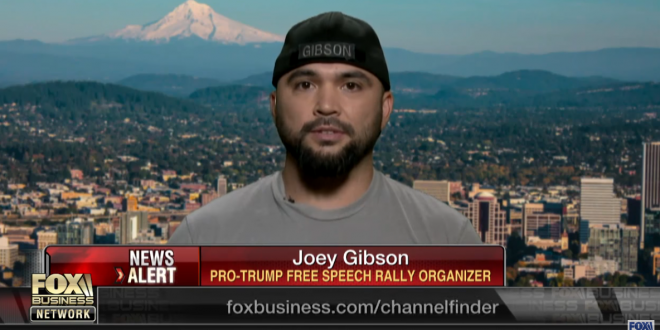 Patriot Prayer leader Joey Gibson is using an untraceable church to raise money for his legal bills and political activity after multiple crowdfunding sites and payment processors severed ties with accounts linked directly to him and his right-wing group. Gibson began promoting the “Church of Faith and Freedom” across his social media platforms last month, telling supporters that he now prefers that they send him donations through the organization’s website.

In recent solicitations, the conservative activist claims his political opponents have “done everything they can to shut down ways for Christians to fund raise, accept donations, or make any money at all.” “Thankfully,” Gibson’s pitch continues, “’The Church of Faith and Freedom’ is helping us Christians by accepting donations on our behalf in order to legally fight back against this discrimination.”

According to the above-linked report, no such church or non-profit exists. Gibson is a facing felony riot charges and a $1 million civil lawsuit stemming from a violent brawl with Antifa activists.