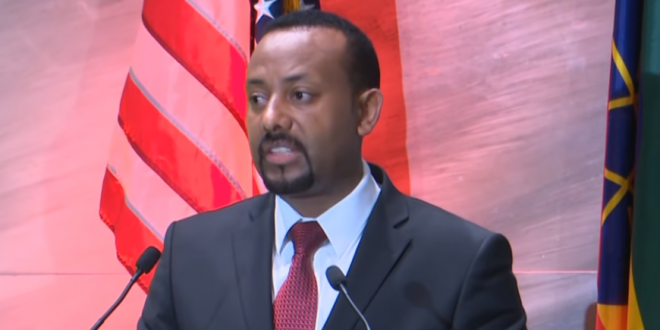 The 2019 Nobel Peace Prize has been awarded to Ethiopian Prime Minister Abiy Ahmed who made peace last year with bitter foe Eritrea. He was awarded the prize for his efforts to “achieve peace and international cooperation”.

Mr Abiy’s peace deal with Eritrea ended a 20-year military stalemate following their 1998-2000 border war. He was named as the winner of the 100th Nobel Peace Prize in Oslo, where he will receive the award in December.

There had been great speculation over who would win the prize, with climate activist Greta Thunberg widely tipped as the favourite. Under the Nobel Foundation’s rules, nomination shortlists are not allowed to be published for 50 years, and the organisation says any speculation ahead of the announcement is “sheer guesswork”.

The Swedish 16-year-old’s loss was a surprise for those who’d been convinced she’d receive the honor after becoming a household name since first skipping school and standing alone outside the Swedish parliament in August 2018 with a sign reading, “School Strike for Climate.”

Her strike soon went viral, sparking hundreds of similar protests around the world that continue to draw millions of teens and adults in a campaign now called Fridays for Future. Fans of Thunberg were quick to weigh in on her loss but saw the silver lining in all the good she’s done thus far.

Others, still, argued that Thunberg should instead win a Nobel Prize for science and not for peace, while more looked ahead to the teen’s bright future.

Make sure to watch the Fatboy Slim clip.