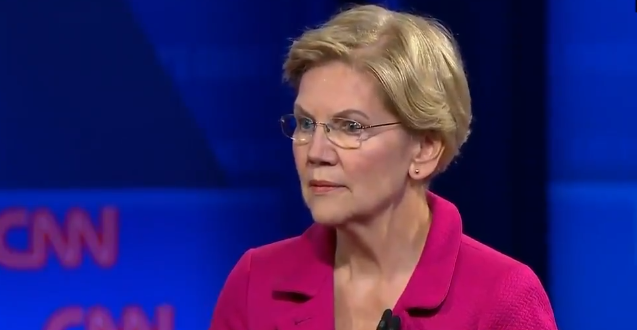 Warren receives 28 percent of the vote among Democratic voters and independent voters who lean Democratic, while Biden gets 21 percent. Sen. Bernie Sanders gets 15 percent, South Bend Mayor Pete Buttigieg gets 10 percent, Sen. Kamala Harris is at 5 percent and Sen. Amy Klobuchar is at 3 percent. No other candidate tops one percent.

In an October 14 poll, prior to the fourth debate, Warren and Biden were locked in a close race in which Warren received 30 percent, Biden got 27 percent, Sanders had 11 percent, Buttigieg got 8 percent, Harris received 4 percent and Klobuchar had 2 percent of the vote.

Two other national polls released this month showed Biden in the lead.

Elizabeth Warren has edged ahead of Joe Biden after the two candidates were essentially tied for weeks, according to a new Quinnipiac University poll https://t.co/raz8YoLQsm

Today’s Quinnipiac poll of Ds shows Warren opening up a clear lead over Biden. Yesterday’s CNN poll showed Biden bouncing back into a healthy lead over Warren. Which poll is right? Hell if I know but this is a reminder that the race isn’t set in stone. No national primary anyway.