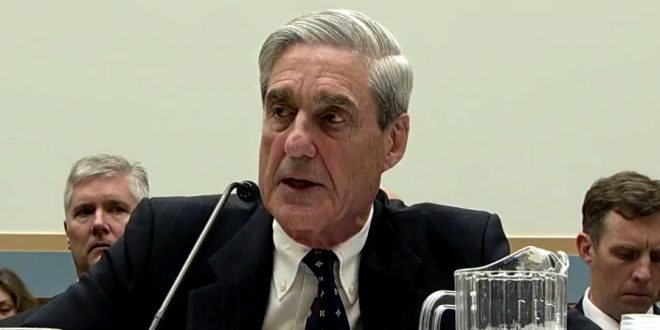 Democrats had requested that the department provide the material, which was redacted from Mueller’s report, as part of their ongoing impeachment inquiry against President Donald Trump.

Justice Department lawyers argued at a hearing earlier this month that House Democrats already had sufficient evidence from Mueller’s investigation, including copies of summaries of FBI witness interviews.

In major win for Democrats, federal judge orders Justice Deparment to turn over all redacted portions of the Mueller report, grand jury material and exhibits/transcripts to the House Judiciary Committee by Oct. 30 pic.twitter.com/TbD5MoWd64

A federal judge ruled that the @HouseJudiciary is entitled to the #MuellerReport grand jury material and agrees that we are in fact in an impeachment inquiry. https://t.co/jOApf3SMKd

MORE: Chief Judge Howell writes, "HJC has shown that it needs the grand jury material referenced and cited in the Mueller Report to avoid a possible injustice in the impeachment inquiry, that this need for disclosure is greater than the need for continued secrecy."