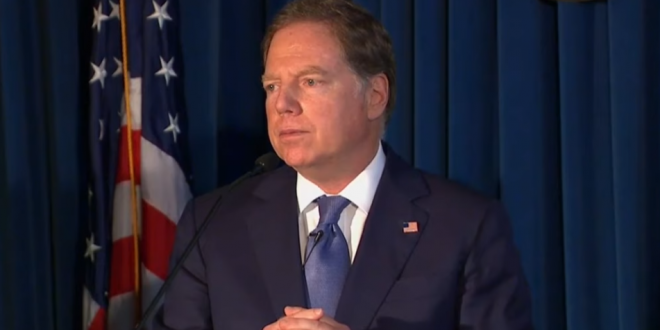 In a letter sent to the judge in the case, the office’s civil division chief said it would file a submission in the case by Wednesday, the deadline set by the judge last week. Broader constitutional questions are at the heart of the dispute over the subpoenas, including whether the President can be criminally investigated.

The Southern District of New York was previously headed by Preet Bharara, an Obama appointee who was fired by Trump in 2017 and replaced by Geoffrey Berman [photo], who worked on Trump’s transition team. Berman recused himself from the Michael Cohen probe and gained national notoriety after the arrest of Jeffrey Epstein by his office.