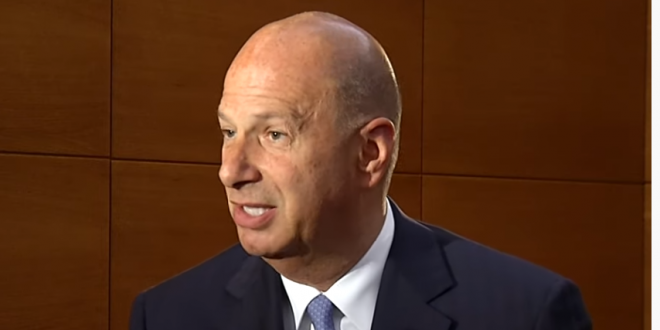 Some Democrats have begun to raise the specter that Gordon Sondland, a Republican donor who is Trump’s representative to the European Union, perjured himself during his closed-door testimony to impeachment investigators earlier this month.

Sondland was careful to say in his opening statement that he did not “recall” certain incidents, rather than stating categorically that they never happened. He told lawmakers, for example, that he didn’t remember discussing the vice president or his son, or efforts to investigate them, with any State Department or White House official.

But the damage has been done. On Monday night, Rep. Joaquin Castro, a member of the House Intelligence Committee, wrote on Twitter that “based on all the testimony so far, I believe that Ambassador Gordon Sondland committed perjury.”

Based on all the testimony so far, I believe that Ambassador Gordon Sondland committed perjury. https://t.co/lOGRj8s1yP

Previous Latest Trump 2020 Swag Rips Off Disney Movie Poster
Next Kanye: I Got A $68M Tax Refund Because I Love Jesus