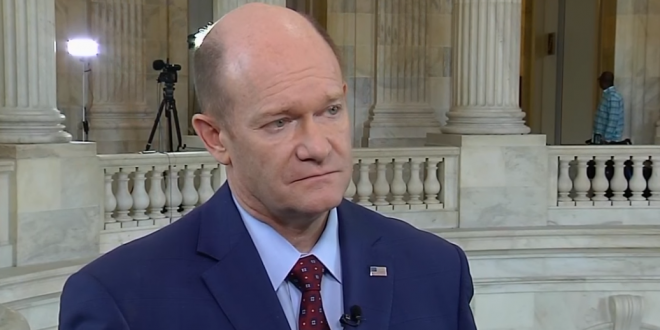 Sen. Christopher Coons (D-Del.) on Monday criticized the crowd at Game 5 of the World Series, played Sunday in Washington, for booing President Trump and chanting “lock him up.”

“Well, forgive me, I’m enough of a sort of traditionalist about our institutions that even at a time when there is a lot that our president does that I find disturbing, offensive, unconventional, I have a hard time with the idea of a crowd on a globally televised sporting event chanting ‘lock him up’ about our president,” Coons said.

“I frankly think the office of the president deserves respect, even when the actions of our president don’t,” Coons added.

JUST NOW: Dem Sen @ChrisCoons not happy with the “Lock him up ” chants at World Series last night.

“Frankly think the office of the president deserves respect, even when the actions of our president at times don’t. “@NewDay pic.twitter.com/OJwZfv9Vp8