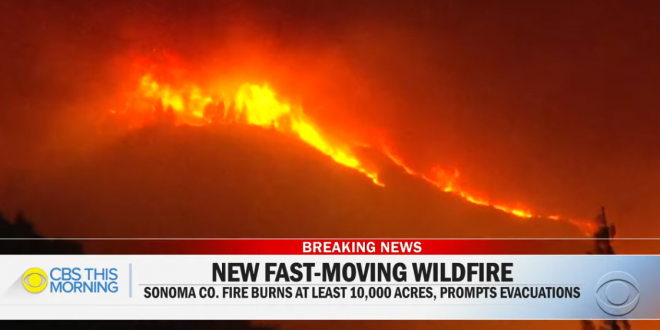 Hundreds of thousands of residents of Northern California whose power will be shut off in the next two days got even worse news Wednesday: Another, even larger, blackout is likely over the weekend.

The state’s largest utility, Pacific Gas and Electric Corp., or PG&E, began shutting off electricity to nearly a half-million people Wednesday afternoon, the second massive blackout in two weeks. It said hot, dry winds and low humidity were creating a high risk of sparks and “rapid wildfire spread” from its long-neglected power lines.

The blackouts will eventually spread to parts of 17 counties — including such large communities as Santa Rosa, Sonoma and Napa but not San Francisco or San Jose — at least through Thursday afternoon and through Friday afternoon in other parts of the region, PG&E said.