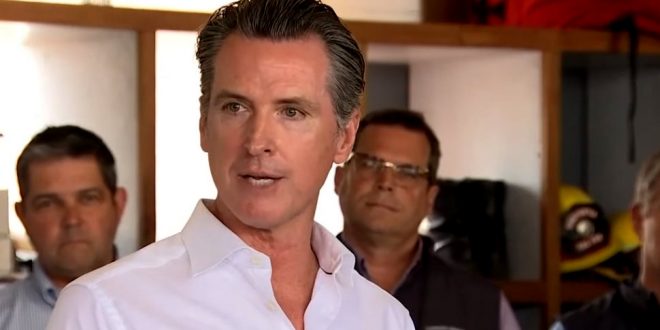 He said in a statement Sunday that officials are deploying “every resource available” to respond to the wildfires, including a large blaze in Northern California’s wine country driven by powerful winds.

Smoke from a second wildfire in the San Francisco Bay Area briefly halted traffic on a bridge. The flames came dangerously close to homes in Vallejo.

In the south, a wildfire in the Santa Clarita area north of Los Angeles has destroyed 18 structures, threatened homes and critical infrastructure.

The LGBT resort town of Guerneville has been evacuated.

“At Betty Spaghetti restaurant just off the main drag, about a dozen diehards were performing karaoke as a generator hummed the background beat.

Guerneville School will be closed tomorrow due to the Mandatory Evacuation order in the area. Stay tuned to local radio stations, news agencies, and our website for further updates. Stay safe Gators families. https://t.co/nvNEqhPnqi