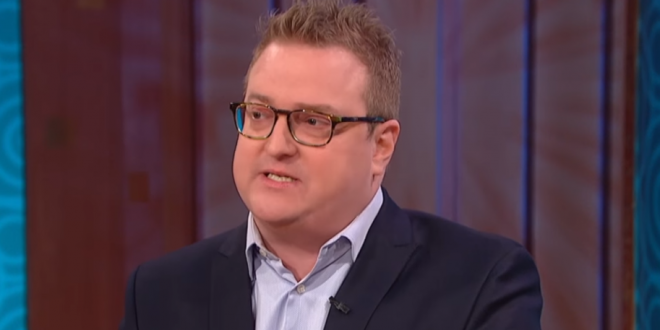 According to Ronan Farrow’s new book, The National Enquirer‘s top editor directed staffers to shred documents when the Wall Street Journal called for comment before publishing the first story about the Enquirer‘s “catch and kill” relationship with Donald Trump.

Farrow cites editor Dylan Howard [photo] as saying he needed to empty the safe and that the editor expressed a need for a shredder. Howard “appeared to be in a panic,” Farrow reports in his new book, titled “Catch and Kill,” in a reference to the tabloid world practice of buying and burying stories.  The Journal’s story came out on November 4, 2016, just a few days before the presidential election.

The story revealed that the Enquirer‘s parent company, American Media Inc., “agreed to pay $150,000 to a former Playboy centerfold model for her story of an affair a decade ago with the Republican presidential nominee, but then didn’t publish it.”

Previous Bolton Was Alarmed By Giuliani’s Pressure On Ukraine
Next Giuliani Admits Henchman’s Firm Paid Him $500,000