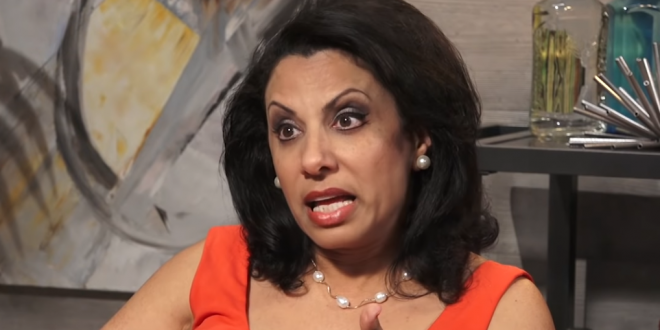 From the SPLC’s Hatewatch report:

An anti-Muslim hate group that claims to have close ties to the White House is hosting its annual gala at President Donald Trump’s Mar-a-Lago resort, with tickets starting at $1,500.

ACT for America is going in a new direction with the Mar-a-Lago event in Palm Beach, Florida. The group has traditionally held its annual conference, including a gala, around Sept. 11 in the Washington, D.C., area. This year’s ticket prices represent about a 400 percent increase over previous years, which ranged from $250 to $350.

ACT founder and Chairman Brigitte Gabriel’s [photo] quest for mainstream acceptance by supporting broader Trump administration policies has caused a rift between the national organization and some of its chapters.

Members of at least four ACT chapters have defected in the last three years after citing disapproval of national leadership as well as the organization’s direction.

Brigitte Gabriel last appeared on JMG in 2017 when her group held an anti-Muslim rally in partnership with white supremacists and a neo-Nazi leader.

Previous Todd Starnes: Fox News Fired Me For My “Beliefs”
Next Trump Admits Democrats “Have The Votes” To Impeach