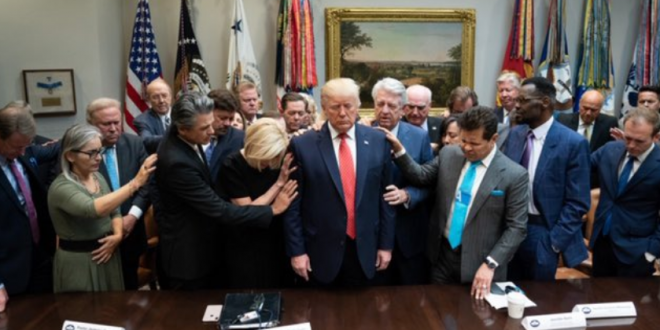 We had a great day @WhiteHouse with faith leaders. We talked & prayed with President @realDonaldTrump in the Roosevelt Room. I’m thankful that we are given the opportunity to discuss important policy issues and always the President ask us to lay hands on him and pray. pic.twitter.com/Jua6jouqgp

A privilege to meet with & pray w/ @POTUS.