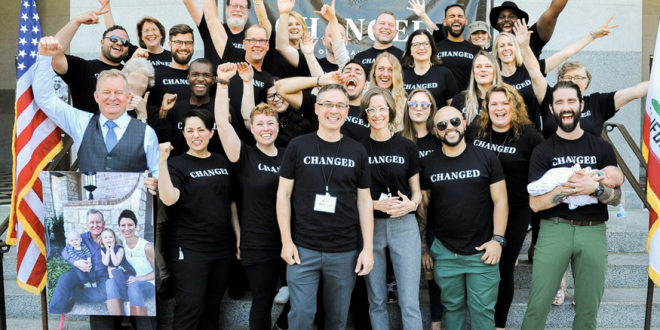 A group of people from across the country who formerly identified as gay and transgender have descended upon Washington this week to share their stories and lobby against two proposed LGBTQ-rights bills. The group is made up of 15 members of Church United and Changed, two California-based organizations that seek to provide community for, and protect the rights of, “formers” — individuals who formerly identified as lesbian, gay, bisexual or transgender.

The bills the group is lobbying against are H.R. 5, better known as the Equality Act, and H.R. 3570, or the Therapeutic Fraud Prevention Act. Both have been supported by the country’s major LGBTQ advocacy organizations, though neither is expected to become law anytime soon.

Jim Domen, founder of Church United, identifies as formerly gay. He said, “Sexual behavior should not be a protected right.” “Changing the Civil Rights Act would create a super class for anyone identifying as LGBTQ at the expense of people who are not,” Domen claimed. “The Equality Act treats sexual preference as an elevated class and would strip people of religious freedom.”

They changed what? From being gay to less gay? Still gay. https://t.co/fmB4P7maw5

Previous Trump: Melania Wouldn’t Cry For Me If I Ever Got Shot
Next House Votes 232-196 To Begin Impeachment Inquiry