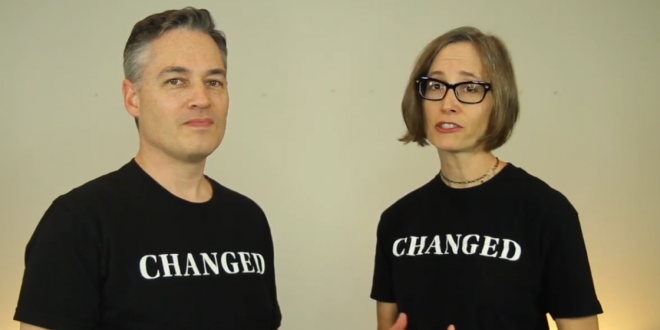 “Formers” (those who no longer identify as lesbian, gay, bisexual, transgender, or questioning) representing every state in the Union have selected 15 Former LGBTQ people to travel to Washington, D.C. October 28 – November 1 to address concerns about LGBTQ-focused legislation such as bill H.R. 5, which passed in the House in May.

Although dubbed “The Equality Act,” Formers understand the bill is an unnecessary concession to the false idea that members of the gay community are marginalized. In fact, LGBTQ-identifying people have always had options in how they participate in broader culture. Nothing constrains them from participating in culture on a normal level.

Unlike with the African American community, who have centuries of culturally driven abuse and forced destabilization, those who identify as LGBTQ have been empowered in our modern society as scientists, literary giants, and even politicians when they have chosen not to prioritize their sexual mores.

America does not need anti-discrimination laws or bans against treatment for those seeking to live out their faith biblically; we need a renewed belief in the dignity and beauty of all of humanity in its diversity. America CAN model for the world what it looks like to value one another despite our differences without government intrusion or enforcement.

For Formers, bills like H.R. 5 block our rights to follow our own convictions. It enforces the false belief that one cannot change and that one has no choice but to embrace LGBTQ identity and behaviors.

Here’s their website, which is full of the usual “blood of the lamb” mumbo jumbo.

Previous POLL: 70% Of Millennials Would Vote For A Socialist
Next European Union Agrees To Brexit Date Extension