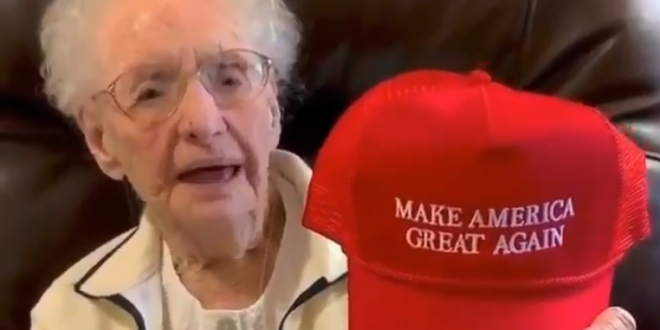 Twitter user Mercurial Era celebrated their grandmother Winnie’s birthday on Twitter with a viral clip of the 100-year-old woman holding up a Make America Great Again hat, telling viewers she just “wants someone to impeach this sucker.”

The clip has caused “Grandma Winnie” to trend on Twitter with thousands sharing the clip and applauding the grandmother.

Many on social media got a kick out of the surprise video, which they clicked on expecting to hear Winnie voice her admiration of President Donald Trump, only to share the video in appreciation once she tossed the MAGA hat to the side.

I will never be cool enough to roll with Grandma Winnie but it’s nice to see excellence in motion. I stan.

It’s all in the flick of the wrist