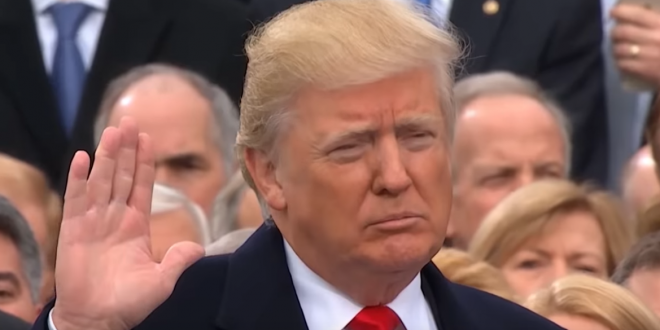 The U.S. Treasury on Friday said that the federal deficit for fiscal 2019 was $984 billion, a 26% increase from 2018 but still short of the $1 trillion mark. The gap between revenues and spending was the widest it’s been in seven years.

The government said corporate tax revenues totaled $230 billion, up 12%, thanks to a rebound in the second half of the year. Individual tax revenues rose 2% to $1.7 trillion.

Receipts totaled $3.4 trillion, up 4% through September, while federal spending rose 8%, to $4.4 trillion. The expenditures included military spending, interest payments on the national debt as well as Medicare payments.

President Obama cut the federal deficit in half, and Republicans screamed it was too big. Trump lets the deficit soar out of control, and the Republicans say nothing.https://t.co/rnddtxWDtV pic.twitter.com/jtkp4VvPUU

Previous George Soros On 2020 Field: Warren Is “Most Qualified”
Next Kansas Paper To Pompeo: Resign Or Stop Coming Here