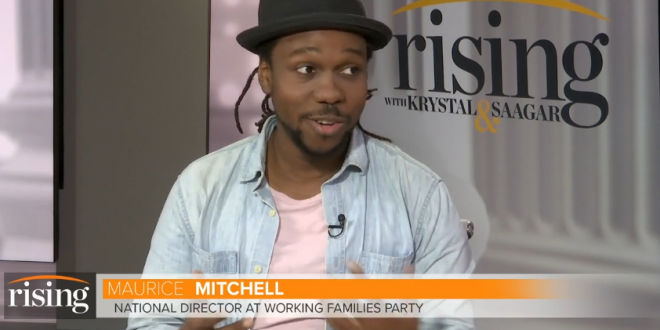 An official at the Working Families Party (WFP) said Friday that he — and many of his fellow staffers — have faced a deluge of violent, racist, and sexist attacks following the progressive group’s endorsement of Sen. Elizabeth Warren (D-Mass.).

“There’s been good faith debate and conversations on the Internet — and I’m here for all of it,” Maurice Mitchell, National Director of the Working Families Party, said. “Public leadership is about public accountability and engaging in those conversations.”

“Also, there has been some of the most violent, disgusting, racist and sexist attacks against myself, against Nelini Stamp — another leader in our party — and many, many of our staff people, every day working people who are trying to make this world better and that’s unacceptable,” he added.

As I reported earlier this week, in 2016 the Working Families Party had endorsed Bernie Sanders, who yesterday tweeted a response to complaints about harassment.

This campaign condemns racist bullying and harassment of any kind, in any space. We are building a multiracial movement for justice — that’s how we win the White House.

1/ if you want to put a face to the “eat shit and die,” “I hope WFP staff gets cancer,” and “drop dead dumb c***s” comments, it’s me, I’m the face. It’s my livelihood to check these messages and try to respond to you.

2/ if you think this is a prudent organizing tactic, then go for it. I think it’s sort of akin to yelling at the retail associate in a store, but I’m not going to tell you how to organize if you feel like that cruelty works