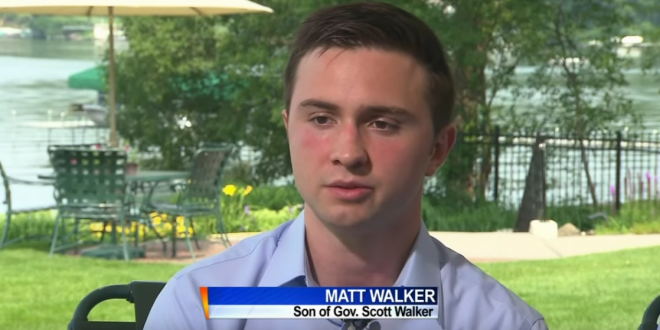 WISCONSIN: 25 Year-Old Son Of Former Gov. Scott Walker May Run For House As “Counter-Voice” To AOC

“Well, he’s had a number of people reach out to him,” Scott Walker told Adrienne Pederson in a taping for UPFRONT. “I think in particular what intriguers him is he feels frustrated that AOC (Alexandra Ocasio-Cortez) somehow nationally is reflective of his generation. He’s 25 and he feels there needs to be a counter-voice to that.”

Matt Walker has never held elected office before. He graduated from Marquette University and Wauwatosa East High School  If Matt Walker wants to represent the 5th district, he would need to move. He currently lives in the City of Milwaukee and is represented by Democratic Congresswoman Gwen Moore.

The younger Walker once worked as an intern for former House Speaker Paul Ryan.