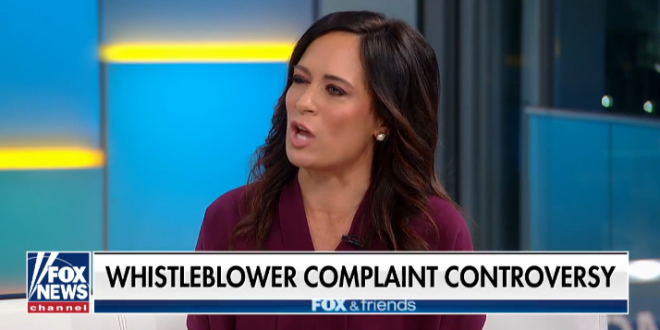 WH Press Secretary: Trump Is The “Most Successful President In History” So We Don’t Need Press Briefings

White House Press Secretary Stephanie Grisham cited the conduct of reporters on Monday as the basis for the near-complete cancellation of White House press briefings.

In an interview with Fox & Friends, Grisham’s hosts gushed over Trump by remarking that “he is the best communicator” and, therefore, doesn’t need anyone to speak for him.

“He is his own best spokesperson, that’s true, and the most successful president in history as all of the media knows,” Grisham responded. “They weren’t being good to his people,” Grisham continued. “He doesn’t like that. He is very loyal to his people and he put a stop to it.”

WH liar Stephanie Grisham said today that she will not conduct a WH press briefing any time soon, calling the once-regular sessions as an act of theater for reporters seeking to get famous during the televised news conferences

On Fox & Friends, WH Press Secretary Stephanie Grisham defends the lack of press briefings, saying they had become “theater” exploited by reporters “getting famous off of this presidency, and so I think it’s great what we’re doing now,” just letting Trump shout over Marine One. pic.twitter.com/m7LuDt4wkH

Previous Glorious Leader Rants: I Didn’t Do It, But Joe Biden Did
Next Franklin Graham On Ukraine Scandal: “Give It A Rest”