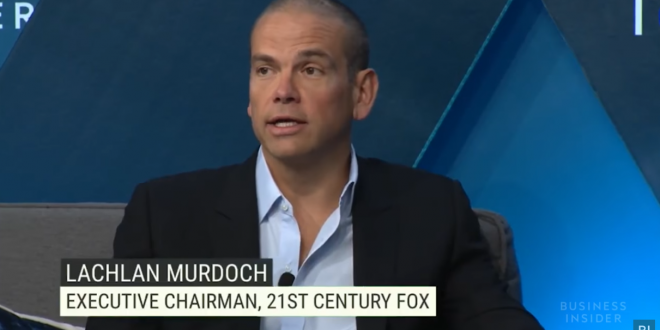 Quite the eye-opening piece from Vanity Fair:

This morning, Sean Hannity told friends the whistle-blower’s allegations are “really bad,” a person briefed on Hannity’s conversations told me. (Hannity did not respond to a request for comment). And according to four sources, Fox Corp CEO Lachlan Murdoch is already thinking about how to position the network for a post-Trump future.

A person close to Lachlan told me that Fox News has been the highest rated cable network for seventeen years, and “the success has never depended on any one administration.” (A Fox Corp spokesperson declined to comment.)

Among the powerful voices advising Lachlan that Fox should decisively break with the president is former House speaker Paul Ryan, who joined the Fox board in March. “Paul is embarrassed about Trump and now he has the power to do something about it,” an executive who’s spoken with Ryan told me. (Ryan did not return a call seeking comment.)

When we win back the House in 2020, can we PLEASE make Jim Jordan Speaker and STOP electing RINO idiots like Paul Ryan?

This is … amazing. Paul Ryan apparently thinks that now that he’s a Fox board member, as opposed to SPEAKER OF THE HOUSE, he’s now in a position to “do something” about Donald Trump.https://t.co/YEAaPzCWn8 pic.twitter.com/qdYgcKL9kh

Paul Ryan is just mad because we still have social security.