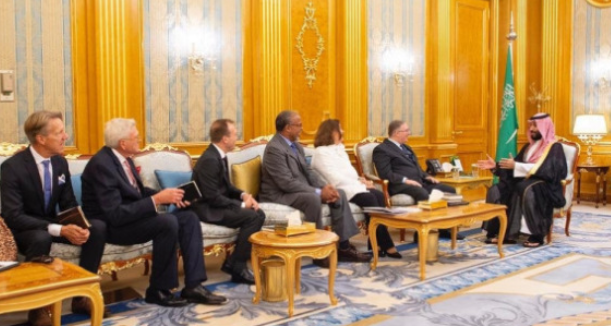 US Evangelicals Met Killer Saudi Prince On Eve Of 9/11

On the eve of the anniversary of the 9/11 terrorist attacks, a delegation of American evangelical leaders met with Saudi Crown Prince Mohammed bin Salman to discuss the state of religious freedom and the battle against extremism in the kingdom. The timing of the visit drew the ire of critics on social media who noted that 15 of the 19 hijackers who participated in the 9/11 attacks were Saudi citizens.

“While it may surprise some that we would choose the week of ‪September 11‬ to visit the kingdom, we actually feel there is no more appropriate time to focus on where the kingdom must go, can go, and where we believe it is going,” a statement released by the delegation reads. The delegation included Family Research Council senior fellow Ken Blackwell, former National Religious Broadcasters President Wayne Pederson and former Christian Broadcasting Network CEO Michael Little.

US Evangelicals Visit Saudi Arabia on Eve of 9/11 https://t.co/R3fCoMk4IC

Previous Cruz Warns: Texas Will Be “Hotly Contested” In 2020
Next Trump’s Personal “African-American” Leaves The GOP