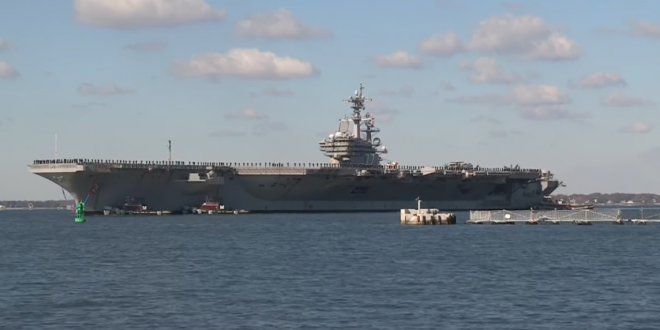 From the Facebook of the USS George H.W. Bush:

Avengers, Family, and Friends, It is with a heavy heart that I can confirm the loss of three Sailors last week in separate, unrelated incidents from apparent suicide. My heart is broken.

These deaths mark the third, fourth, and fifth crew member suicides in the last two years. Now is the time to come together as a crew and as a family to grieve, to support each other, and to care for those in need.

We need All Hands to engage by bringing forward your suggestions and ideas for how we can work together to prevent another suicide. I want to reiterate that there is never any stigma or repercussion from seeking help.

Chaplains, psychologists, counselors, and leadership are engaged and available on board at all times to provide support and counseling to those grieving. I ask that you watch closely for stressors that anyone is experiencing when they face a significant life change.

Hampton Roads authorities have joined federal law enforcement agents investigating the recent suicide deaths of four sailors assigned to the aircraft carrier George H.W. Bush. Although two of the sailors killed themselves on the same day, Navy officials have distanced themselves from internet rumors describing their deaths as an “epidemic.” They insist authorities in Portsmouth, Norfolk and Naval Criminal Investigative Service agents haven’t been able to link the deaths to each other.

“The sailors did not serve in the same departments, and there does not appear to be a connection between their deaths,” said Cmdr. Jennifer Cragg — the spokeswoman for Commander, Naval Air Force Atlantic — in a prepared statement emailed to Navy Times. No enlisted or commissioned leaders have been relieved or reassigned in the wake of the suicides, Cragg added.