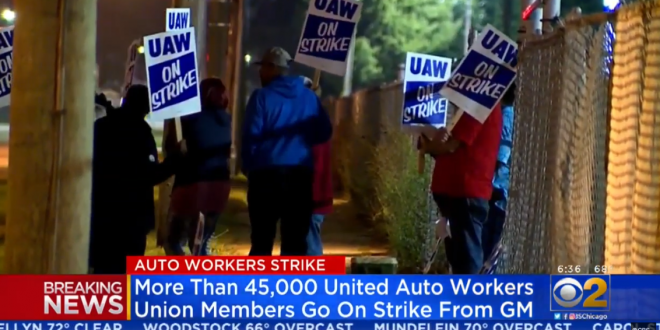 The United Auto Workers union went out on strike against General Motors Sunday night, the first work stoppage in the US auto industry in 12 years.

The union’s 48,000 hourly workers walked out at 31 GM factories and 21 other facilities, spread across nine states, mostly in the center of the country. It’s the largest strike by any union against any business since the last strike at GM in 2007.

The strike started at 11:59 pm Sunday night. The two sides did not formally meet Sunday after the union declared its intention to strike at a morning press conference, although union spokesman Brian Rothenberg said that the dialogue between the two sides was ongoing. A new meeting of the two sides is set for 10 a.m. Monday.