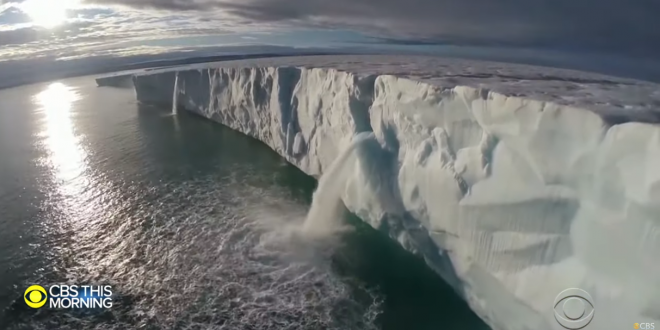 The world’s oceans and mountains are in peril, and so are we, according to a major new report from United Nations climate scientists released early Wednesday. The “Special Report on Oceans and the Cryosphere” offers a bleak picture.

It warns that the world’s oceans have reached or are nearing critical tipping points: Oceans have gotten warmer, more acidic and are losing oxygen, resulting in a cascade of negative effects that are wreaking havoc on coral and other marine ecosystems, threatening the collapse of the world’s fisheries and turbocharging deadly hurricanes and tropical storms.

In an unprecedented effort, teams of scientists from the U.N.’s Intergovernmental Panel on Climate Change explored the farthest corners of Earth, from the highest Alpine regions to the deepest oceans, said Ko Barrett, panel vice chair and a NOAA deputy assistant administrator for research, “and even in these remote places climate change is evident.”

As ice sheets in Greenland and Antarctica melt and push up ocean levels, the report said, extreme flooding that was once historically rare could start occurring once a year or more, on average, in many coastal regions this century. How quickly this happens depends largely on the ability of humanity to reduce emissions of greenhouse gases that are heating the planet.

Around the world, glaciers in the mountains are receding quickly, affecting the availability of water for millions of people who depend on meltwater downstream to supply drinking water, irrigate agricultural land and produce electricity through dams and hydropower.

Previous Giuliani Melts Down On Fox News: “Shut Up, Moron! Shut Up! Shut Up! Keep Your Lying Mouth Shut, Idiot!”
Next Fox & Friends Host: There Are A “Few Words” In The Ukraine Transcript That Will “Raise Eyebrows” [VIDEO]