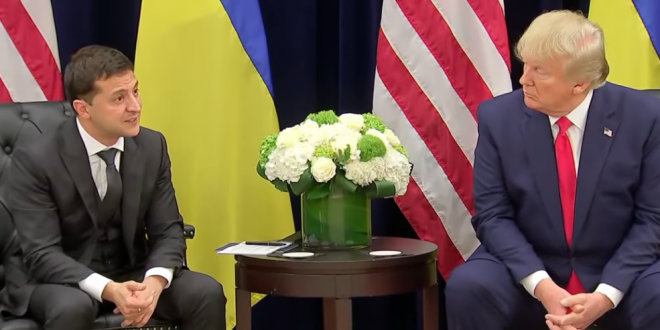 Ukraine Was Told Biden Was Precondition To Call

When Ukrainians voted to elect comedian Volodymyr Zelenskiy as their next president in the spring of 2019, the fledgling administration was eager to coordinate a phone call with Kyiv’s most important benefactor — the United States, according to an adviser to Zelenskiy.

But after weeks of discussions with American officials, Ukrainian officials came to recognize a precondition to any executive correspondence, the adviser said.

“It was clear that [President Donald] Trump will only have communications if they will discuss the Biden case,” said Serhiy Leshchenko, an anti-corruption advocate and former member of Ukraine’s Parliament, who now acts as an adviser to Zelenskiy. “This issue was raised many times. I know that Ukrainian officials understood.”