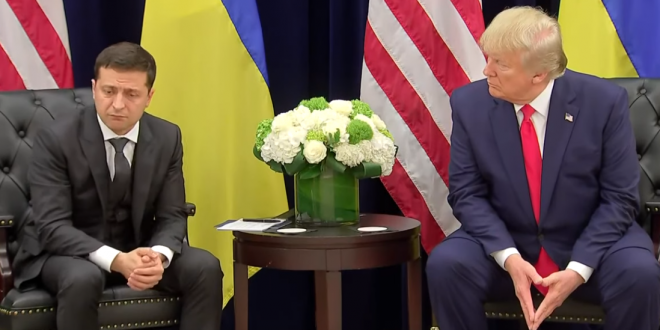 Ukrainian President Volodymyr Zelenskiy said on Monday that Kiev was unlikely to publish its version of a transcript of a July 25 phone call with U.S. President Donald Trump, at the heart of an impeachment inquiry in Washington.

The White House published its summary of the call last week. It showed Trump, a Republican, asking Zelenskiy to investigate one of his main rivals in the 2020 election, former U.S. Vice President Joe Biden, and his son Hunter, who sat on the board of a Ukrainian gas company.

Democrats say the call proves Trump improperly sought a foreign leader’s help to smear a political opponent; Trump calls the accusations a witch hunt. Speaking to journalists at an event at a military site near Kiev on Monday, Zelenskiy said he felt it would be wrong to share the Ukrainian summary or transcript of the call.