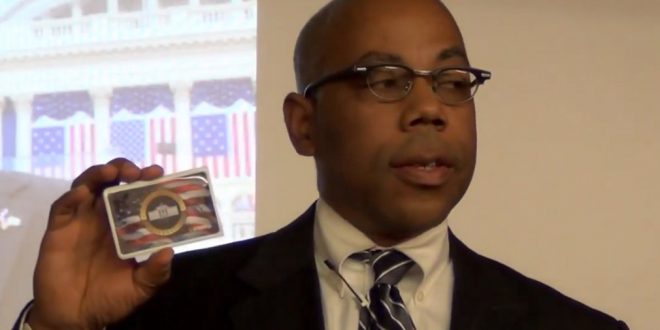 Gregory Cheadle, the black man President Donald Trump once described at a rally as “my African American,” is fed up. After two years of frustration with the president’s rhetoric on race and the lack of diversity in the administration, Cheadle told PBS NewsHour he has decided to leave the Republican party and run for a seat in the U.S. House of Representative as an independent in 2020.

Now, the 62-year-old real estate broker, who supported the Republican approach to the economy, said he sees the party as pursuing a “pro-white” agenda and using black people like him as “political pawns.” The final straw for Cheadle came when he watched many Republicans defend Trump’s tweets telling four congresswomen of color, who are all American citizens, to go back to their countries as well as defend the president’s attacks on Rep. Elijah Cummings, D-Md.

SCOOP: Gregory Cheadle, the man President Trump once called “my African American,” is leaving the Republican party & running for Congress as an independent.

He says Trump has a “white superiority complex” and the party is pursing a “pro-white” agenda. https://t.co/TItxY5zBMu