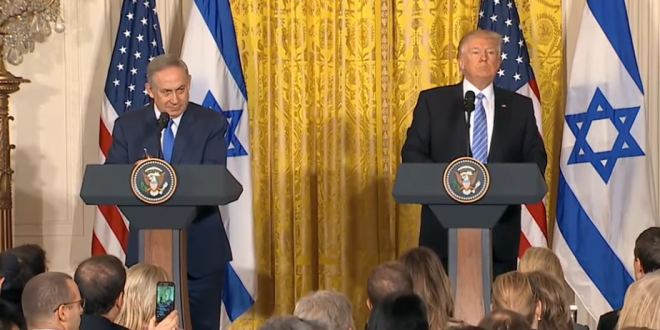 Trump Already Distancing Himself From Netanyahu

Benjamin Netanyahu is learning the hard way that Donald Trump is a fair-weather friend. The right-wing Israeli prime minister had been among the president’s few steadfast friends on the world stage; Trump, in turn, has long stood strong with Netanyahu.

But after Bibi appeared to suffer a stinging loss in the Israeli elections this week, Trump did what he always does when his buds fall on tough times and can no longer benefit him personally: He distanced himself from his embattled friend, appearing to downplay a relationship that Netanyahu made central to his reelection pitch to voters.

“Our relations are with Israel,” Trump told reporterstoday, de-emphasizing Netanyahu’s significance to the alliance after the prime minister failed to establish a conservative majority. “So we’ll see what happens.”