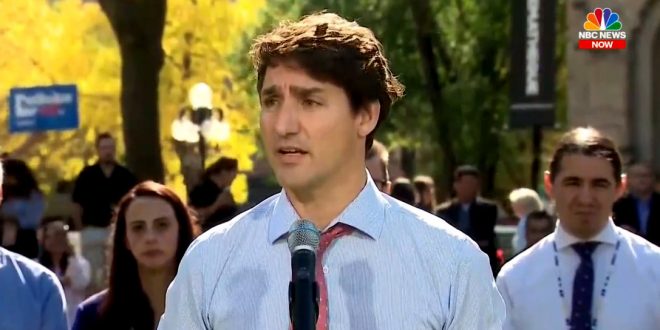 Canadian Prime Minister Justin Trudeau spoke Thursday afternoon about the controversy of him appearing in photos from years ago dressed in blackface and brownface. At least three photos have been released that show Trudeau wearing darkened makeup on his face.

Trudeau on Thursday spoke to reporters in Winnipeg where he apologized for wearing brownface and blackface. “This is something I deeply, deeply regret,” he said Thursday, saying wearing blackface is “always unacceptable because of the racist history of blackface. I should’ve understood it then, and I should have never done it.”

When asked if the public can expect more photos of him in blackface to emerge, Trudeau said he couldn’t be sure. “I’m wary of being definitive about this, because the recent pictures that came out, I don’t remember.”

NEW: Canadian PM Justin Trudeau: “Darkening your face, regardless of the context or the circumstances, is always unacceptable because of the racist history of blackface.”

“I should have understood that then, and I never should have done it.” https://t.co/9shXOtcjRG pic.twitter.com/wDtrhpK39D