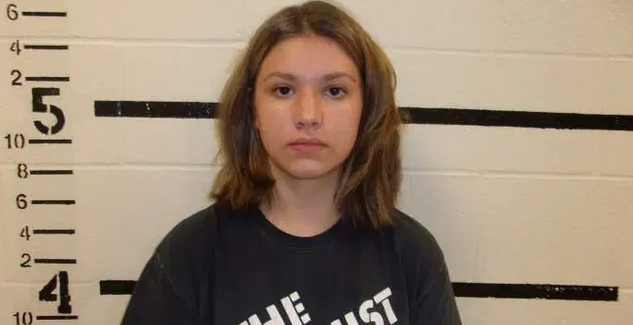 Alexis Wilson was working an afternoon shift at the local Pizza Inn in McAlester, Okla., on Sunday, when she pulled a co-worker aside to boast about her new gun.

The slight 18-year-old with large brown eyes clutched her iPhone and pressed play on a video of her shooting a newly purchased AK-47, according to an incident report. Then Wilson told the other teenage waitress how much she resented the people at her old school — allegedly adding that she wanted to “shoot 400 people for fun.”

The chilling conversation shook Wilson’s co-worker. She reported it to a manager, who called the McAlester police. On Monday, the Pittsburg County Sheriff’s Office said Wilson was charged with a felony for making a terrorist threat against McAlester High School.

“In today’s times, you can’t say stuff like that. And anytime something is said, we are going to take it serious and we are going to investigate it to the full extent and make an arrest if possible because we do not want any of our schools getting shot up. Nobody does, so we are going to do anything we can to prevent this,” said Pittsburgh County Sheriff Chris Morris.

Wilson had recently been to Camp Thunderbird and had completed the program. She tried to enroll back into McAlester High School, but they didn’t allow it. Wilson said she tried to take night courses for her GED, but the school didn’t offer them. She can’t take day classes because of work.

After speaking to the school, deputies learned there were some previous violent issues with Wilson since 2013 and ongoing where she’d been suspended for bringing a knife to school and another time where she has a swastika symbol on her personal belongings.