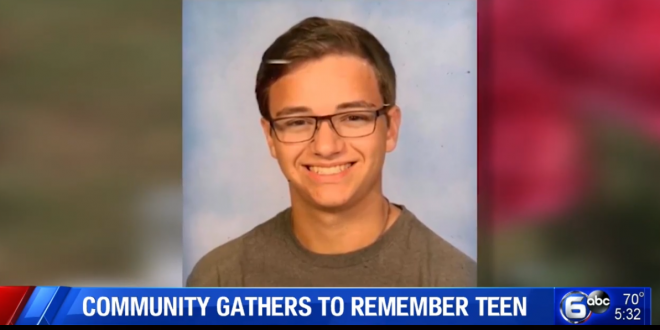 Channing Smith’s final Instagram post was a terse message to his followers. “I’m gonna get off social media for awhile,” the 16-year-old from Manchester, Tenn., wrote last week. “I really hate how I can’t trust anyone because those I did were so fake. Bye.”

Hours later, Channing was dead, his older brother, Joshua Smith, wrote on Facebook. The teenager killed himself after discovering that sexually explicit messages he exchanged with another boy had been shared on social media by classmates who wanted to “humiliate and embarrass” him, Smith told WZTV.

“Being in a small, rural town in the middle of Tennessee, you can imagine being the laughingstock and having to go to school Monday morning,” Smith told WZTV. “He couldn’t face the humiliation that was waiting on him when he got to school on Monday.”

The local authority in charge of this incident is District Attorney Craig Northcott, who appeared on JMG earlier this year for saying he wouldn’t prosecute domestic abuse cases involving same-sex couples because “there’s no real marriage to protect.” Northcott claims no decision has been made regarding possible charges in Channing’s death.