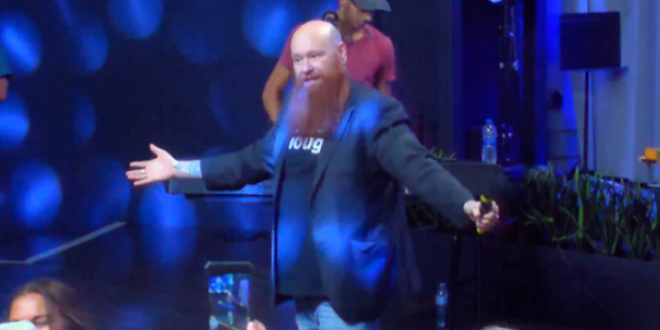 A group of “senior leaders in the body” of Christ will investigate the allegations of sexual misconduct against revivalist Todd Bentley, according to a statement Michael Brown posted on Facebook this morning.

On Aug. 22, Stephen Powell—founder of Lion of Light Ministries—posted a lengthy Facebook statement accusing Bentley of “sexual perversion” involving male and female interns. Some of the accusations included getting drunk, looking at pornography, using crude speech and offering a male intern money in exchange for sex.

Bentley, founder of Fresh Fire USA, has refuted these allegations, saying some of them are wildly exaggerated while others are entirely false.

Bentley first appeared on JMG back in 2013 when he claimed that a woman literally grew a new breast thanks to his magic Jesus powers.

“They brought a woman that had been to all the witch doctors and all the magic soothsayers and whatever she could do to get healed because she had breast cancer. As she was standing in the crowd, the power of God came all over her and she grew a brand new breast.

“Right after that, they brought two more people onto the platform. The woman was born without the parts that a woman needs, and the man as well because of a cancerous tumor. Both of them were instantly healed.

“He accused Powell of operating in a spirit of “witchcraft” for going public with his knowledge.” Hmmm. So outing a sexually predatory pastor is witchcraft? Two better words come to mind: EXPOSING DARKNESS.https://t.co/CTvAhXjd8H