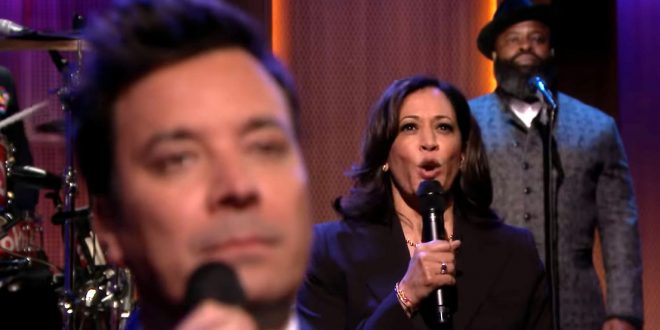 Sen. Kamala Harris (D-Calif.) became the first woman to “Slow Jam The News” on “The Tonight Show” Monday and, oh baby, it was “Hot Girl Summer.”

Host Jimmy Fallon joined Tariq Trotter of The Roots, and Harris rapped some sweet resistance. “Ever since Barack left, we’ve been off track. But Kamala is trying to get us back to black,” Trotter crooned.

Previous Lewandowski: I Don’t Have To Be Truthful To The Press
Next CHATTER AWAY: Overnight Open Thread