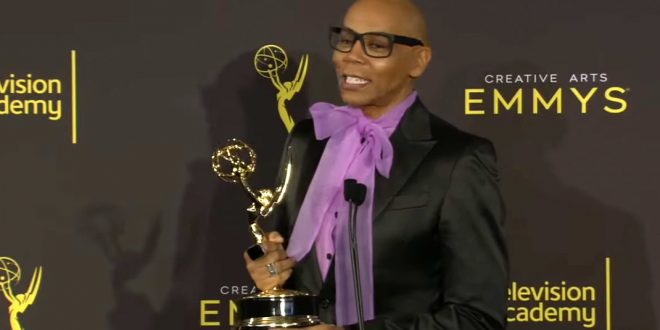 RuPaul of RuPaul’s Drag Race continues to build his Emmy collection, winning best host of a reality or competition program for the fourth consecutive year on Sunday at the Creative Arts Emmys. As a result, RuPaul is now tied with Survivor host Jeff Probst’s record for most wins in the category.

Backstage, RuPaul explained he was “having a hard time putting words together,” but he ultimately expressed his gratitude for the win and the art of drag.

“I show up to work because I love drag queens, love dramatic people, love being around people who march to a different drummer,” RuPaul said. He later added, “Drag is dangerous. Drag is not politically correct,” he said. “I know people say, ‘You’re mainstream,’ but drag will never be mainstream.”

RuPaul’s Drag Race has been renewed for a 14th season.