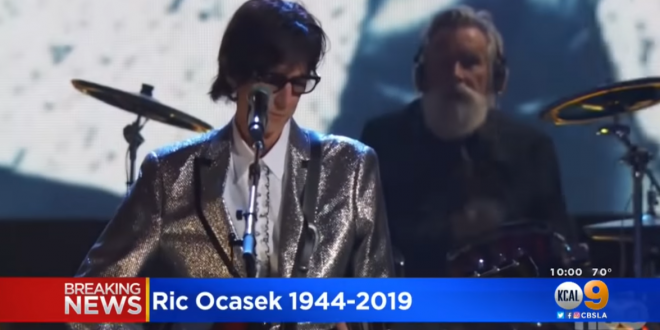 Ric Ocasek, Frontman For The Cars, Dies At Age 75

Ric Ocasek, The Cars frontman whose deadpan vocal delivery and lanky, sunglassed look defined a rock era with chart-topping hits like “Just What I Needed,” was discovered dead Sunday afternoon in his Manhattan apartment.

The New York Police Department said that officers found the 75-year-old Ocasek at about 4 p.m. after responding to a 911 call. They said there were no signs of foul play and that the medical examiner was to determine a cause of death.

The death comes a year after The Cars were inducted into the Rock & Roll Hall of Fame, followed by an announcement by model Paulina Porizkova on social media that she and Ocasek had separated after 28 years of marriage. The pair first met while filming the music video for “Drive,” another Cars hit.