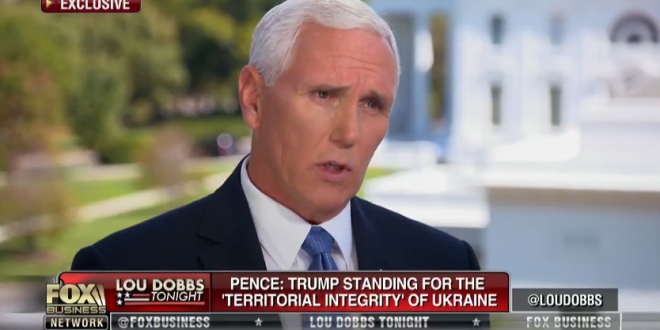 Vice President Mike Pence said Wednesday that President Trump has been “completely vindicated” by the released transcript of his call with Ukraine’s president. “The president did nothing wrong,” Pence told Fox News’ Lou Dobbs in an exclusive interview that aired Wednesday night.

“He had a conversation with a world leader [and] spoke about issues that were appropriate issues related to our strong relationship with Ukraine, and it was nothing more than that. From the day after the election, Democrats have been trying to overturn the results” of the 2016 election, Pence said, and “it’s just not going to work.”

The transcript completely vindicates @realDonaldTrump in wake of Radical Dems’ efforts to undermine his presidency and overturn his election victory. Enjoy part 1 of my exclusive interview with @VP Mike Pence. #AmericaFirst #Dobbs pic.twitter.com/nHwGSxbgIe