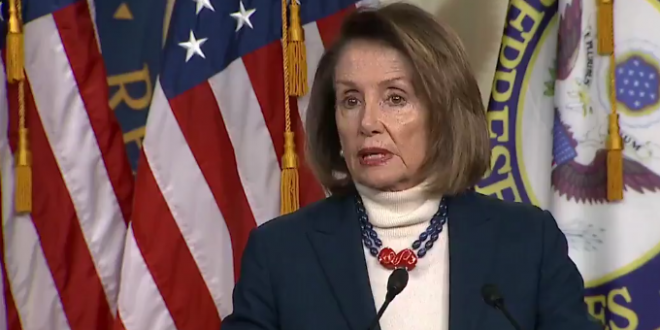 Pelosi: Pass New Laws So Presidents Can Be Indicted

In an exclusive interview with NPR, House Speaker Nancy Pelosi says she has not changed her mind on pursuing impeachment but is ready to change the law to restrain presidential power and make it clear that a sitting president can, in fact, be indicted.

“That’s something cooked up by the president’s lawyers. That’s what that is. But so that people will feel ‘OK, well, if he — if he does something wrong, [he] should be able to be indicted.'”