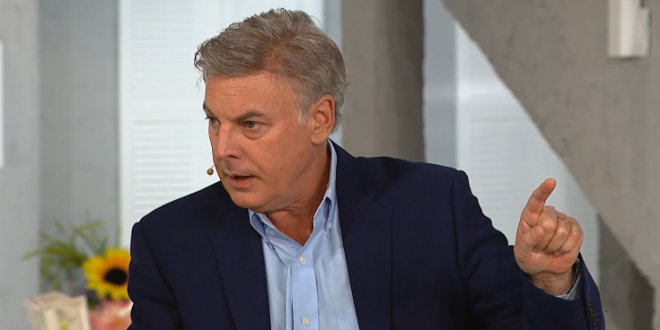 Pastor Lace Front: Republicans Are Retiring Because Leftists Are Threatening To Kill Their Families [VIDEO]

“Here is the story you’re not hearing. The reason why you’re seeing a hemorrhaging of Republican congressmen who do not want to return for election—it’s happening almost like weekly—is because the aggressiveness and invasiveness in the left in the districts is threatening to the wife and to the children.”

“They have enough personal incidents that concern them so that they feel it’s safer—I’m telling you, I talk to these guys and they’ll say, ‘My wife does not want me to run again. You don’t see this on the left, you see it on the right. They actually have to have the courage now to stay in office.”

“Their life is threatened. It’s a fact.” – Comically bewigged scamvangelist Lance Wallnau, appearing on Jim Bakker’s slop bucket extravaganza. Wallnau claims he and Bakker have sold $1.7 million in souvenir coins featuring Trump that serve as a “contact point to God.”