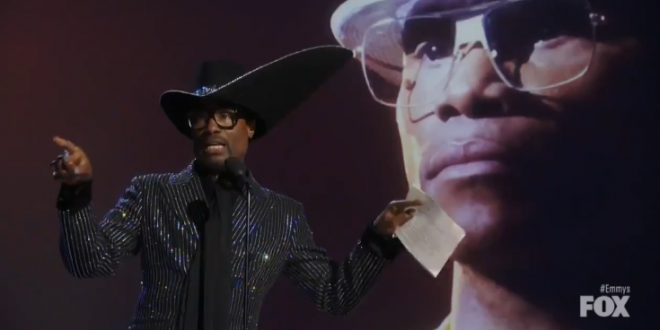 The category is “Groundbreaker.” On Sunday night, Billy Porter became the first openly gay man to win the Emmy for best actor in a drama. “I am so overwhelmed and I am so overjoyed to have lived long enough to see this day,” said Porter, 50, while accepting the award. The actor won for his role as Pray Tell on the FX show “Pose,” which is set in New York City’s ball scene during the 1980s and ’90s.

Billy Porter has an emotional moment backstage after his #Emmys win, “I hope that young, queer people of all colors can look at me and know that they can.” https://t.co/G6ooSCPL2j pic.twitter.com/0u3HW65fd3