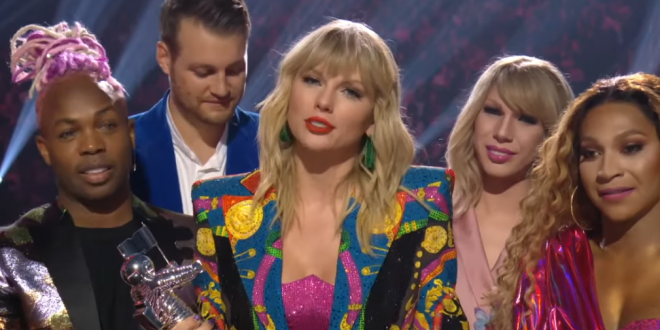 Last week, Viacom aired the 36th Annual MTV Video Music Awards (VMAs) on Nickelodeon, its children’s network. Nickelodeon was launched over 40 years ago as “the first cable channel for children,” but now many parents agree they can no longer trust the network.

This year’s VMAs featured the following: a flood of partially-bleeped (but still recognizable) f-words and s-words, barely-there costumes, highly-sexualized choreography that included crotch-grabbing and thrusting, and songs that made reference to meth, blunts, and alcohol.

Best new artist nominee Lizzo performed in front of a giant balloon designed to look like a woman’s buttocks in a red thong that rhythmically bounced up and down with the music. The “bouncing booty balloon” segment aired on Nickelodeon during the first hour of primetime, when most children are still awake and a part of the TV viewing audience.

The sexually explicit content on this program is inappropriate for anyone, but especially children.  1MM has already warned parents about the network’s liberal animated program The Loud House. Let this be a wake-up call and reality check for parents everywhere.

Some brief examples of what aired on past VMAs include: Madonna famously sharing a kiss on stage with both Britney Spears and Christina Aguilera in 2003, Miley Cyrus famously twerking her way to notoriety in 2013, And other controversial topics such as drugs, alcohol, sex, vulgarity, and violence being glorified over the years.

It is appalling and irresponsible of Viacom and Nickelodeon to air this raunchy awards show on a children’s network. Take Action: Sign our petition and urge Viacom to never air the VMAs on Nickelodeon again. 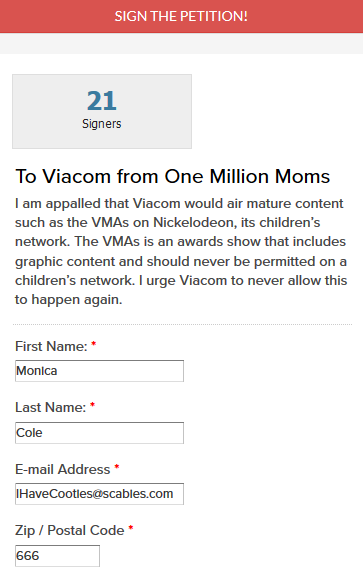