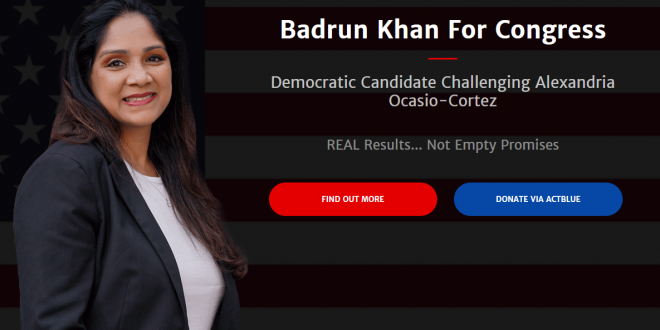 A Queens community activist has just announced a primary campaign for Congress. You may have heard of her opponent: Rep. Alexandria Ocasio-Cortez, the current incumbent.

Plenty of Republicans have filed to run for Ocasio-Cortez’s seat representing New York’s 14th congressional district. Republicans do not care for AOC, unless you consider Fox News mentioning her 3,181 times in six weeks to be a form of affection.

But as the New York Post points out, Badrun Khan is evidently the first Democrat to do so, setting the stage for a potential primary battle between Ocasio-Cortez, who has become the most high-profile and celebrated freshman legislator in recent memory, and the more moderate wing of the party.