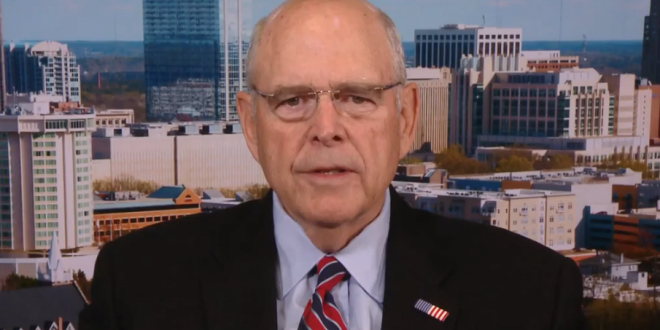 Former North Carolina Republican Party Chairman Robin Hayes faces up to six months in prison after agreeing to plead guilty to lying to the FBI in a sweeping federal bribery case. Hayes, a former member of Congress, is scheduled to formally enter his guilty plea Wednesday in federal court.

Hayes, 74, is one of four men indicted last spring on multiple charges of conspiracy and bribery. Also indicted were Durham businessman Greg Lindberg — one of the Republican Party’s biggest campaign contributors — and two associates, John Gray and John Palermo.

All four pleaded not guilty at the time. They are accused of attempting to bribe state Insurance Commissioner Mike Causey with $2 million in campaign contributions to get him to remove the department official responsible for regulating one of Lindberg’s companies.

Back in April, Hayes refused to step down when he was first indicted. (Tipped by JMG reader Dee Gee)