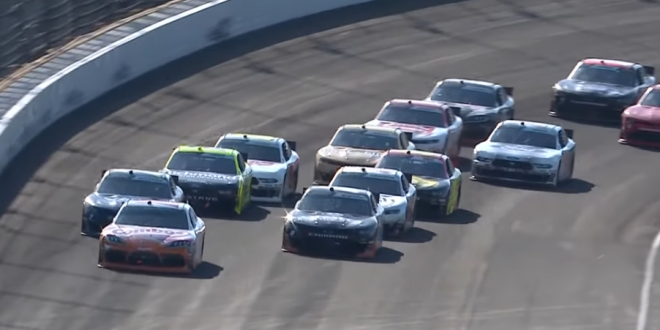 NASCAR rejected advertisements for its souvenir programs from multiple firearms companies earlier this summer as part of what is being seen as a “gradual shift” in its position on guns. The move may be another example of how major companies are adjusting as the nation grapples with guns in America.

NASCAR’S apparent shift stunned gun enthusiasts who said there is a large overlap between NASCAR fans and gun owners, and left some in the firearms industry questioning why NASCAR’s viewpoint has shifted and where the racing organization now stands on Second Amendment issues.

NASCAR’s position “seems like a pretty rapid and dramatic shift to me,” said Ed Newman, one of the founders of New York firearms manufacturer, Dark Storm Industries LLC. Newman said his company submitted an ad that was also rejected by NASCAR.

Previous Lou Dobbs Signs Off Show By Wishing Everyone The “Great Weekend Made Possible” By Glorious Leader
Next TEXAS: City Councilman Protects Town From “Witches And Satan Worshipers Through Shed Blood Of Jesus”