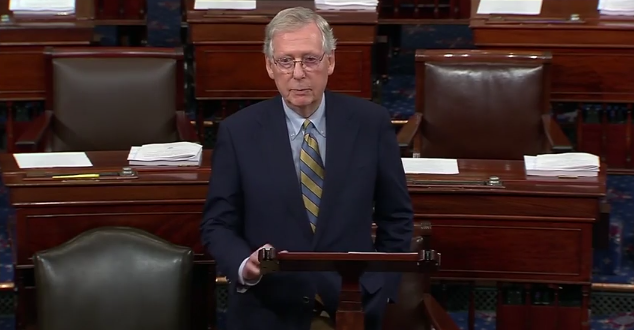 “Washington Democrats have been searching for ways to reverse their 2016 election defeat since before President Trump was even inaugurated.

“The result has been a two-and-a-half-year impeachment parade in search of a rationale. When investigations by Special Counsel Mueller and the Senate Select Committee on Intelligence deflated their breathless accusations of a campaign conspiracy with Russia, Democrats have simply shifted to new arguments for their predetermined conclusion.

“Speaker Pelosi’s much-publicized efforts to restrain her far-left conference have finally crumbled. House Democrats cannot help themselves. Instead of working together across party lines on legislation to help American families and strengthen our nation, they will descend even deeper into their obsession with relitigating 2016.

“This rush to judgment comes just a few hours after President Trump offered to release the details of his phone conversation with President Zelensky. It comes despite the fact that committee-level proceedings are already underway to address the whistleblower allegation through a fair, bipartisan, and regular process.

“It simply confirms that House Democrats’ priority is not making life better for the American people but their nearly three-year-old fixation on impeachment.”

Previous The Mooch: Trump Is Done, It’s Only A Matter Of Time
Next Tony Perkins: Joe Biden Spells Extremism “L-G-B-T”