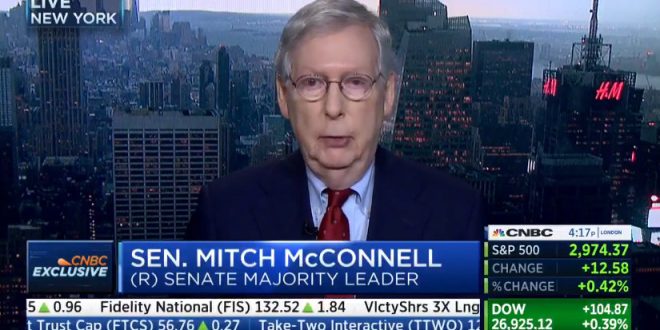 McConnell: I’d Have No Choice But To Hold Trump Trial

That “how long you’re on it” bit sounds like a loophole.

McConnell previously said in March that the Senate would take up impeachment if articles passed the House, but this is the first time he has confirmed that point since House Speaker Nancy Pelosi announced a formal impeachment inquiry over the Trump-Ukraine scandal. There was speculation that McConnell would refuse to put Trump on trial.

.@senatemajldr McConnell and his colleagues should foreclose NOW any impeachment trial of @RealDonaldTrump on the Ukraine canard. Any abusive coup/impeachment out of seditious House should be dead on arrival in Senate. #StoptheCoup https://t.co/S2UkRzGuYv