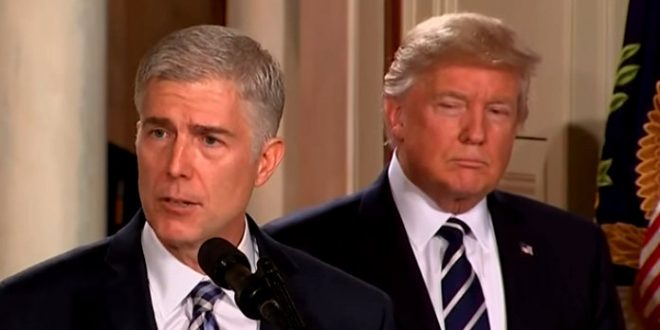 Justice Neil Gorsuch is following the path of Supreme Court colleagues-turned-authors in a new book in which he laments the loss of civility in public discourse.

The 52-year-old justice wrote “A Republic, If You Can Keep It” because Americans should remember that their political opponents “love this country as much as we do,” Gorsuch said in an interview with The Associated Press in his Supreme Court office. The book is being published Tuesday.

But Gorsuch had little to say about President Donald Trump, who appointed him to the Supreme Court and who routinely brands his opponents dopes, losers, liars and worse.