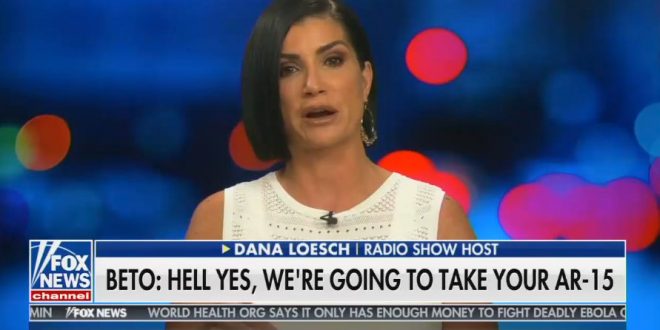 “When you tell law-abiding Americans that you are going to forcibly steal their lawfully owned and responsibly used property, that’s a threat. And saying that ‘No, you are not, I want to be able to defend myself’ in return, that is not a threat. Telling someone like Beto O’Rourke has been doing — that’s a threat of promised action.

“And I mean, I want to take everyone back to one of the earliest attempts at mass confiscation of firearms in the United States. And that was Wounded Knee. So I don’t know if that’s what Democrats and Beto O’Rourke are trying to move us towards.

The massacre Loesch implied the Democrats “are trying to move us towards” took place in 1890 after the U.S. Army surrounded a group of Lakota Sioux Indians and demanded they give up their weapons. A shot was fired when a fight broke out between a tribe member and a soldier, and 150 Sioux were killed by Army cavalry in the massacre that followed (though some historians claim the actual number of casualties was up to twice as high). Around half of the victims were women and children.