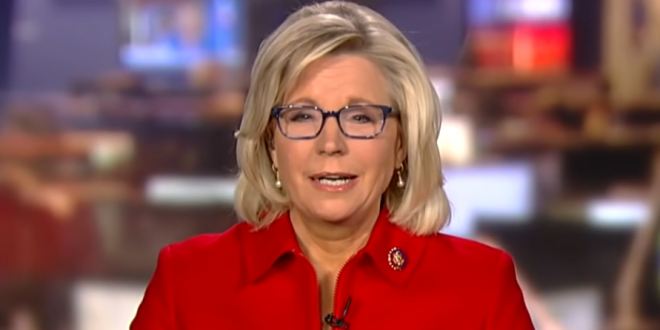 Rep. Liz Cheney (R-WY) lashed out at Sen. Rand Paul (R-KY) in a tweet on Thursday accusing her fellow Republican of supporting terrorists and referring to him as a “big loser.” Paul responded by tweeting out an article on a 2016 Republican primary debate that included Trump condemning the Iraq war.

The beef between the two Republicans started with Paul criticizing Cheney’s hawkish foreign policy outlook and slamming “neocons” like the Wyoming congresswoman for advocating for “endless war.”

Doug Stafford, a chief strategist on Paul’s re-election campaign, chimed into the Twitter clash by calling out Cheney for being in a “family [of] a bunch of chickenhawk warmongers who personally benefited from the military industrial complex” and suggested they have blood on their hands.

Hi @RandPaul I know the 2016 race was painful for you since you were such a big loser (then & now) with a dismal 4.5% in Iowa. No surprise since your motto seems to be “Terrorists First, America Second.”

Here’s a TBT courtesy of @realDonaldTrump. No truer words were ever spoken https://t.co/7MIM31ZuKl

I stand with @realDonaldTrump and our men and women in uniform who will never surrender to terrorists, unlike @RandPaul, who seems to have forgotten that today is 9/11. https://t.co/P0Ok2w48d5

Actually, @realDonaldTrump loves @RandPaul and I’m pretty sure they both think your family is a bunch of chickenhawk warmongers who personally benefited from the military industrial complex and are responsible for thousands of lost lives and trillions of lost dollars. 🤷🏻‍♂️ https://t.co/e0cwHzZ1i6

Let’s not forget her father Dick Cheney who got us into so many of these wars in the Middle East. Just last year he got up in front of Vice President Mike Pence and wrongfully confronted him on why this administration resembles Obama’s. #WarmongerCheneys https://t.co/MvnXH0YSxm

While they might exist, I sure haven’t heard of a war that Liz _Cheney didn’t want us to get involved in. When @realdonaldtrump wanted to end the war in Syria – you guessed it, #NeverTrumper Liz Cheney came out against the president. https://t.co/CdiExhi44L

Take a breath, @RandPaul. I vote with @realDonaldTrump 97% of the time. You have a D.

Maybe sit this one out and spend some time thinking about all your anti-Trump votes. https://t.co/ptJCLNehoq

Previous Massive “Trump Rat” Awaits Him In Baltimore [VIDEO]
Next Jerry Falwell Rages: Forwarding My Emails Is A Crime And I’ve Now Hired The “Meanest Lawyer In New York”