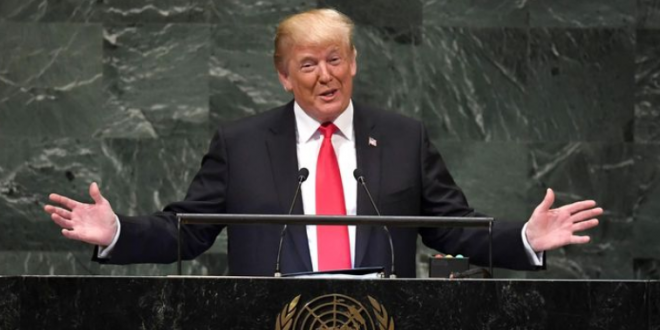 He mocked their marble. They laughed in his face. The United Nations and President Donald Trump are not, by most measures, easy friends. Nevertheless, Trump traveled for the third time this week to the UN General Assembly more intent than ever on promoting his America First agenda in the place that appreciates it least.

It’s one presidential tradition Trump is loath to abandon: the yearly address inside the soaring assembly hall to a collection of presidents, prime ministers, dictators, royals and chairmen whom he now calls peers. If Trump had any particular goals he was interested in conveying, he did not appear intent on flagging them ahead of time.

The speech is scheduled for 10:15am Eastern.