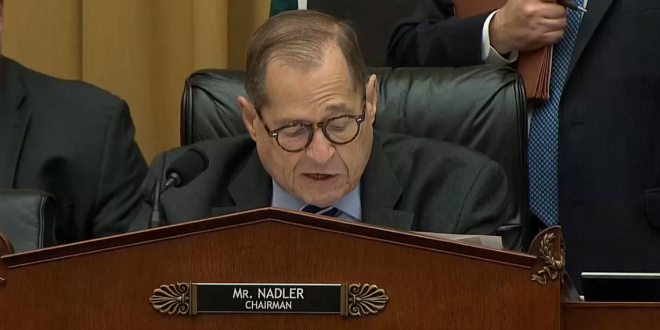 The House Judiciary Committee will vote Thursday to establish rules for hearings on impeachment, escalating the panel’s investigations of President Donald Trump even as many Democrats remain wary of the effort.

The resolution is a technical step, and the panel would still have to introduce impeachment articles against Trump and win approval from the House to bring charges against Trump.

It’s unclear if that will ever happen, as House Speaker Nancy Pelosi has urged caution on the issue, saying the public still isn’t yet supportive of taking those steps.

Matt Gaetz has brought “material” to the Judiciary Committee impeachment markup, calling it “impeachment in drag” and “low-T impeachment,” and also saying that it is “a Seinfeld hearing, a hearing about nothing.”

“Moan and groan all you want,” he said.